On February 25, 2022, an open session of the California State Bar’s Closing The Justice Gap Working Group (“CTJG” or “Working Group”) took place that could pause the short-term prospects of allowing non-lawyers to own and invest in law firms. Specifically, the Working Group made three potentially game-changing decisions.

Second, the minutes of the February 25 meeting show that the State Bar agreed to streamline the Working Group to reduce the administrative burden these meetings place on the State Bar’s staff. More than one participant has expressed frustration with the Working Group’s organizational structure. The Working Group itself is comprised of multiple subcommittees, which will be eliminated moving forward.

Third, the Working Group’s Charter will be changed so that the roles of the California legislature and Supreme Court are more clearly defined. In addition, the Charter will more explicitly identify who will be allowed to participate in the regulatory sandbox. This will include stricter screening of the financial interests of those entities who would be allowed to be part of the Working Group.

On December 7, 2021, a letter from the Senate was sent to the California State Bar arguing that allowing corporations to take part in ownership of law firms would cripple the integrity of justice and legal systems for consumers. The letter was co-signed by Assembly Member Mark Stone (D–Monterey Bay) and Senator Tom Umberg (D-Santa Ana). Stone and Umberg are both attorneys. Mark Stone received his J.D. from Santa Clara University of Law in 1988 and was an attorney from 1993 – 2003 before becoming county supervisor of Santa Cruz County in 2003. Tom Umberg graduated from UC Hastings in 1980 and was Assistant U.S. Attorney in Orange County before being elected to the California State Assembly in 1990.

Stone and Umberg took direct aim at the underlying rationale of the Working Group and its ability to provide more representation to the middle class and other underserved communities. “The regulatory sandbox could become an open invitation for profit-driven corporations, hedge funds, or others to offer legal services or directly practice law without appropriate legal training, regulatory oversight, protections inherent in the attorney-client relationship, or adequate discipline to the detriment of Californians in need of legal assistance.”

Stone and Umberg also voiced concern that the “the State Bar has used a substantial amount of its resources for the CTJG, as well as the Paraprofessional Program Working Group, apparently utilizing hundreds of hours of staff time and an unknown amount of other State Bar resources.” They argue that the Working Group is preventing the State Bar from carrying on its “core mission of protecting the public by correcting the delays and defects in the attorney discipline system.” To support this contention, the letter points out that “the State Bar’s backlog of discipline cases grew by 87 percent since December 2015 and that recent changes to the system have significantly reduced its efficiency.” With the State Bar already dealing with a heavy backlog stretching over seven years, there is not enough bandwidth space to consider changes that could “fundamentally infringe on the basic and paramount obligations of attorneys to their clients.”

The letter from Stone and Umberg had an immediate and powerful impact on the Working Group. The initial response was to put meetings of the Working Group on hold for two months. Given that the Working Group is agreeing to change its composition and its charter, it will take months if not years to put these changes into effect. Moreover, considering the rocky relationship between the State Bar and the legislature, with the legislature having almost all the leverage, it wouldn’t be surprising if the changes made to the Working Group signal that efforts to allow non-lawyers to own law firms will be put on hold in California for the foreseeable future. With Florida recently deciding not to follow the lead of Arizona and Utah, delays in implementing changes in California are likely to have repercussions throughout the country.

The Regulatory Sandbox isn’t dead, but it is looking a lot less inevitable than it did a few months ago. 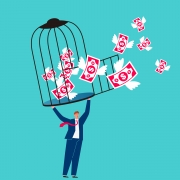 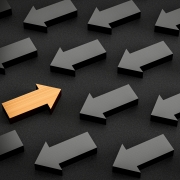