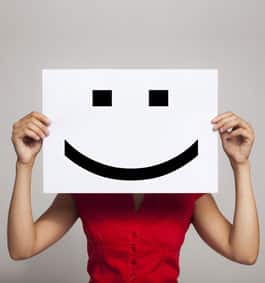 Conventional wisdom is that people want to work with people they like. But is that true for lawyers, who are sometimes called upon to do things that are decidedly not nice? To what extent are lawyers selected precisely because they are perceived capable of being not nice, and does that put nice lawyers at a marketing disadvantage?

I asked about a thousand lawyers this question by email and the responses were illuminating. Those who responded explicitly or implicitly acknowledged that some clients seek out lawyers who have the ability to be not nice. For example, a management-side employment lawyer indicated that, “I’ve only seen “niceness” play a role in selection of counsel when the client is really overtly looking for aggression in their counsel.” A lawyer who describes himself as representing upscale business owners believes that his clients would tend to correlate abrasives with “lack of intelligence, judgment or both.” For him “nice and knowledgeable is the key.”

Likewise, a lawyer who represents businesses in bankruptcy and collections matters suggested that the most effective demeanor is reserved and even a bit aloof. “The best attitude to have with potential new clients is one of firm confidence and competence with a sort of distant, formal manner of address. Best example? Believe it or not, the attitude demonstrated by actor Raymond Burr in the old Perry Mason TV series.”

A personal injury lawyer had a very different view. He relayed a story from early in his career in which he was chastised by a client for appearing to be too nice to opposing counsel. He recently received a note at the end of the representation that thanked him for being a tiger. More generally he attributes his “success in obtaining clients without any advertising for the most part” on demonstrating his “passion for seeking what is right, fair and just.”  One way he does this is by sprinkling a few curses into his conversations with potential clients.

In telephone and in-person consultations over the years I’ve often found myself saying “pardon my bad language that I’m about to use, but your doctor/claims examiner is (expletive) and you should not have to put up with this!”

To my surprise, about two years ago an auto-mechanic in his 50’s with a work injury hired me at our in-office consultation, after a telephone consultation. He told me he’d met with two other attorneys before me but he was hiring me “because of your bad mouth”.

No one is suggesting that cursing is necessary to attract clients. But especially in litigation some clients are attracted to lawyers who exhibit passion for the client’s cause and a willingness to fight for the client. As one lawyer put it, “I think the key is whether clients feel that . . .there is genuine passion and care for their interests.”

It should be noted that the two lawyers who reported that they occasionally use very strong language with clients (including a criminal defense lawyer who sometimes yells at clients during the course of a representation) are middle-aged, white men. I suspect that women and minority lawyers as well as all younger lawyers might not be as warmly received if they started cursing when taking to prospective clients.

So what should we make of the variety of responses that were submitted? It’s too simplistic to conclude that lawyers representing corporations should be tactful and demure while those representing members of the general public should curse like sailors. The responses do suggest that it is helpful to convey a deep interest in the client’s predicament.

One trait of good marketing is that it attracts the clients you wants to attract and repels those you want to repel. That suggests that lawyers should be more willing to find out what works for them and their clients, and to show more of their personalities. Don’t be outrageous simply to act outrageous, but clients like lawyers come in more than one flavor. The phrase “different horses for different courses” seems to apply.

Thanks to all the lawyers who took the time to respond. That was very nice of you to do.