February 19th is the 50th day of 2018.  It’s an auspicious time to take stock of how your firm has started the new year.  Many of you may be thinking that it’s too early to know how the year is going.  I hear that sentiment a lot in my role as a coach and consultant to lawyers and law firms.

It’s not too early to know.  In fact, the opposite is more likely to be the case.  The trajectory your firm or individual book of business is on now will likely carry through the entire year—unless you make a concerted and consistent effort to change that trajectory.

It seems like the year has just started but your actions and results often carry a distinct momentum.  For example, a law firm that charges by the hour and invoices its client on a monthly basis has already largely baked in its results through April.  Time that is billed now will be invoiced to clients in March and the money won’t be received until April or perhaps May.  Thus, if such a firm wants to dramatically change its annual financial performance, it shouldn’t wait until June or July to do so.

The longer a firm waits to change its performance the more dramatic the change in performance has to be to reach a certain result.  This is a simple mathematical truism.  If a lawyer wants to generate $500,000 annual book of business, and has only collected $200,000 by June 30, she will need to collect $300,000 in the second half of the year.  That’s a 50% increase on the results achieved through June 30.  But if collected revenues on September 30 are only $300,000, the lawyer needs to collect $200,00 in the last three months of the year when they were only able to collect $300k during the first nine months.  This is one reason why the results through the first six or seven weeks of the year are more important that they might initially seem.

And this brings us to another problem law firms tend to have when evaluating their results this time of year.  How to you distinguish between isolated and systematic disruptions.  The tendency is to attribute disappointing results to one-time events.  For example, a partner might say that her revenues are lower than expected because a certain deal closed earlier than expected.  Another might explain he billed fewer hours in January because he had to relocate his family because of a mold or flooding problem in his house.  The implication is that this disruption is such a singular event that it isn’t likely to happen again.

One-time disruptive events do in fact occur.  The mold and flooding example is probably a good example of that.   But too often law firm leaders fail to recognize issues as being systematic.  While it’s true that January’s disappointing collections are the result of a particular client not paying their bill on time, late payment is far from an isolated problem at most firms.  In January one client was late for one reason and in February some other client will present some other seemingly unique reason for delaying payment or disputing a bill.  Every month will have its seemingly unique soap opera relating to collections or business development, without the firm realizing that it has a systematic problem on its hand.  As a parent you may be surprised what your kids do that causes you to visit doctor’s offices, but it’s not hard to predict that parents of children of a certain age will go to the doctor more often that did before they had children.

And so the idiosyncratic thing that happened at the beginning of 2018 to explain why revenues are down or why marketing results are disappointing is probably not as unique or you might think.  And that means that you need to make systematic changes to dramatically improve your results.

If the full year was compressed into a single week, we are now approaching the very end of the first day of that week.  Contrary what you might hear from others or feel, it’s not too early to take a long hard look at your year-to-date performance and see what it means for the rest of 2018.

In fact, if you don’t act now, it will only become harder to attain your goals. 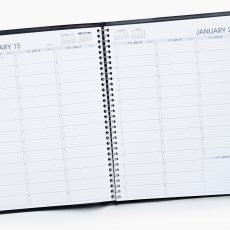 Photo used in thanks to www.yourbestdigs.com.