You are here: Home // Blog // Five Mistakes to Avoid When Sending Your Law Firm’s First Bill to a New Client

The first invoice a law firm sends to a new client sets the tone for the attorney-client relationship. When handled strategically, the first bill sets the stage for a long and lucrative relationship. But too many law firms are tone deaf to the nuances of client communications with a new client.

Here are five common mistakes law firms make in their first bill to a new client:

1. Description of Work is Too Cursory.

In my experience as a consultant to law firms, the most common, significant invoicing mistake relates to the description of the work performed. Many lawyers describe what they do very narrowly without explaining the connection between what they did for the client and why they did it. Common examples include time entries that merely refer to researching an issue, drafting a brief, or calling opposing counsel. If you want to avoid resistance to your fee, your initial bill should explicitly explain what your specific tasks were designed to accomplish for the client.

2. The Invoiced Amount is Too Low

When you work with a new client for the first time you want to maximize the chances that they will pay you in full. It’s therefore tempting to bill an usually low amount in the first bill. This is problematic especially if a lower than average initial bill gives the client unrealistic expectations about the amounts invoiced in subsequent bills.

3. The Invoiced Amount is Too High

The initial benefits of legal representation are often intangible. And if your first bill is too large, it causes the client to question their decision to retain you or whether your firm is worth what the representation might cost. Law firms should therefore scrutinize the initial bill to evaluate how the client will perceive it relative to the expectations that have been set for them, their prior experience with lawyers, what has been accomplished in the representation, and the client’s financial condition.

Whether a bill is too high is a client-specific determination. A ten-thousand-dollar bill can be a shock for an individual and a rounding error for a large corporation’s in-house counsel. If your client’s experience writing a $10,000 check has been limited to putting a down payment on a car or house or paying for a vacation, the law firm should strongly consider sending a smaller initial invoice. The easiest way to do this is to send out the bill more frequently.

4. The Law Firm Takes Too Long to Send the Bill.

Too many law firms act as if a law requires them to wait at least a month before sending out their bill. As discussed above, it can sometimes be important to send bills more frequently than that. The more common problem is that firm wait closer to 60 days (or more) to send out their initial invoice. This practice is risky for several reasons. Most importantly it increases the nuances of creating an accounts receivables problem. The lawyers will continue to work the case without having evidence that the client has actually paid the bill. Collecting a retainer can be a partial solution. But even when the client has paid a retainer, delaying sending an initial bill sends the wrong message to the client about the importance of paying the invoice promptly. It’s better to habituate the client to paying the bill shortly after it is received.

5. Failing to Communicate with the Client Before Sending the Invoice.

An invoice should not be used to disseminate important information to the client. There should be no unpleasant surprises in your bill. The bill should provide details about what you did and when you did it. But when clients are blindsided by the amount of the bill or find out about material developments in their case from the bill, they are likely to delay payment, ask for a reduction, or refuse to pay the bill in its entirety.

The examples listed above all relate to communication issues. That’s not an accident. If you want to ensure that your initial and subsequent bills get paid in full, focus on your initial bill as a way to establish clear and productive communications with your client.

What issues have you encountered in connection with sending an initial invoice to a new client? 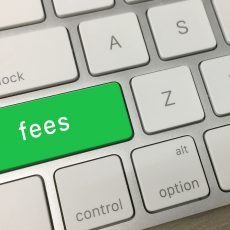 Image courtesy of Mike Lawrence at creditdebitpro.com under this license.