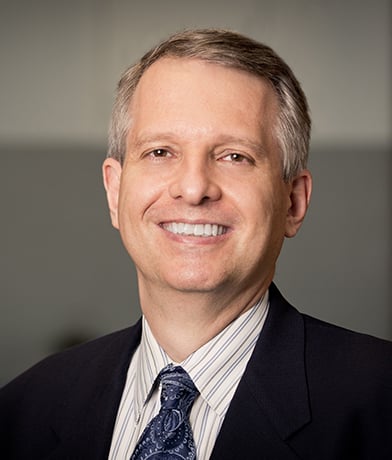 For decades, Gideon Grunfeld has worked at the intersection of law, consulting, and human resources. His history of service to the legal community is sparked by a desire to elevate its standing and maintain lawyers’ quality of life and economic well-being. As President of Rainmaking For Lawyers, Gideon has devoted his career to helping lawyers and law firms grow their practices and build careers in rapidly changing times. Gideon founded Rainmaking For Lawyers in 2004 to collaborate with attorneys and law firms ranging from boutiques to the Am Law 200, in addressing issues related to business development, marketing, strategic planning, talent acquisition and retention, fee setting, and succession planning.

Following his graduation from the University of Pennsylvania with a bachelor’s degree in Economics, Gideon worked as a human resources executive with organizations including ADP and a 5,000-employee teaching hospital. His background in human resources continued with his work as a consultant for a subsidiary of Marsh & McLennan.

Gideon began his legal career as a clerk for Judge Gary L. Taylor of the U.S. District Court for the Central District of California, after graduating cum laude from the University of California, Hastings College of the Law. He went on to work as an employment and business litigator with the Los Angeles office of Skadden Arps, where he represented corporate clients including Ralph Lauren and Pepsi. In his next role with Covington & Burling in Washington, D.C., Gideon represented clients including Union Pacific and Exxon in high-stakes litigation and antitrust matters. During his time there, Gideon successfully defended John Deere in a 40-plaintiff age discrimination trial that was recognized by the National Law Journal as one of the ten most significant defense verdicts of the year. While at Covington, Gideon also represented the Thurgood Marshall Public Charter High School pro bono, acting as the school’s outside counsel and later as a member of the board.

Gideon speaks and writes extensively on business development and strategic issues facing the legal profession and is a former President of the Los Angeles Chapter of the National Speakers Association. He authored the fee setting chapter of the State Bar of California’s treatise, “Opening and Managing a California Law Office,” and since 2004 has spoken to thousands of lawyers around the country in presentations to law firms, the American Bar Association, and the state bar associations of California, New York, New Jersey, Colorado, Illinois, and Pennsylvania.

Gideon is a fourth-generation lawyer (now on inactive status) and has long been committed to serving the legal community. His more than five years of service as Chair of the Solo, Small Firm section of the Beverly Hills Bar Association were recognized with the President’s Award in 2010. Gideon also served for seven years on the Executive Committee of the Law Practice Management and Technology Section of the State Bar of California, including one year as its Chair, and has been a member of the board of the charitable arm of the Los Angeles County Bar Association, Counsel for Justice.