You are here: Home // Blog // How Lawyers Should Determine the Amount of a Flat Fee

How Lawyers Should Determine the Amount of a Flat Fee

Most lawyers approach the process of quoting a flat fee in the wrong way. They often determine how much the flat fee should be based on an estimate of how many hours it would take to perform the work. Thus, for example, if a law firm believes that it will take 200 hours to represent a client in a real estate transaction, and $350 is an acceptable hourly rate, the firm may quote a fee of $75,000. That amounts to $375 an hour, which is slightly higher than the corresponding option of billing by the hour.

Calculating a flat fee on an imputed hourly rate shifts to the law firm the burden of being wrong about the scope of required. If in the example above it turns out that it takes 300 hours to handle the transaction, the firm is likely to have better off charging an hourly rate. Thus, when quoting a flat fee, lawyers should not focus solely on the estimated number of hours.

If you want to excel at fee setting, you need to understand the importance of the psychological and emotional aspects of being retained. Most clients feel their way through the process of hiring a lawyer as much or more than they think through the process. And if, for example, a law firm wants a client to write a single check for $75,000 (or some other flat fee amount), it needs to appreciate how that client is likely to feel about writing a check of that size. A vast majority of individuals never write a check that big, with the possible exception of when making a down payment on the purchase of the home. And even many institutional clients will find a check of that size to be something other than routine.

In my experience consulting with law firms, lawyers often struggle with the concept of psychological breakpoints because it conflicts with our seemingly orderly and logical minds. We rationalize that quoting a flat fee of $9,750 is too salesy, or more broadly that it isn’t worth the effort to try understand something as squishy as psychological breakpoints.

Given the risks inherent in quoting a flat fee that is too low, attorneys ignore the significance of psychological breakpoints at their peril. 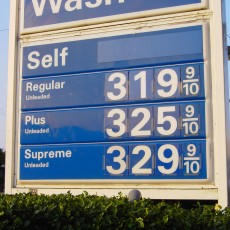 Image courtesy of Gavin St. Ours under this license.