You are here: Home // Blog // How Many Networking Organizations Should A Lawyer Join?

How Many Networking Organizations Should A Lawyer Join?

Lawyers tend to join bar associations and stay as members without regard to whether their membership results in quality referrals or new clients.  In my role as a business consultant to lawyers and law firms, I have spoken with attorneys who have belonged to a bar association for more than a decade even though they have received no leads or referrals from other members of the association. Given that time is precious, lawyers should evaluate more closely than they do the relative benefits of the various organizations with which they are involved.

It is not uncommon for an experienced lawyer to be involved in ten or more professional associations. These can range from bar associations, alumni groups, networking groups, trade associations to which their clients belong, and charitable organizations. Most lawyers don’t have a strategic approach to deciding how to allocate their time and efforts among these organizations. They tend to hang out with competitors at lawyers’ groups and are often reluctant to join new organizations that would allow them more direct contact with potential clients. Lawyers are creatures of habit and tend to return to the same associations over and over again.

A better approach would be for lawyers to measure the results of their networking efforts in terms of two metrics—leads generated and new clients acquired. That after all is the primary purpose of networking. Too many lawyers conflate obtaining MCLE credits with these goals. If a particular organization allows you to get MCLE credit conveniently, that has some value. But if that is all that organization does for you, reduce your involvement in that organization accordingly.

Lawyers often underestimate the extent to which their clients and best referrals originate from a relatively small number of people. Thus, rather than devoting approximately the same amount of time and energy to five or ten different organizations, lawyers would improve their networking results if they were more selective. For example, if a lawyer belongs to ten groups, it might be sensible to be marginally active in seven or eight, moderately active in one or two, and heavily involved in one or two.

Lawyers tend to resist a selective approach to networking for several reasons. First, it tends to contradict their perfectionist tendencies. If they join an organization they want to fully participate even if it’s not particularly sensible to do so. Second, they tend to evaluate the efficacy of groups to which they belong in terms of social comfort. They will often continue going to meetings because they feel comfortable with the people.

Third and perhaps most importantly, it can be emotionally difficult to look back and realize that you may have wasted years by continuing to belong to a particular organization. This is a fairly straightforward application of the sunk cost fallacy.  The fact that it was a mistake to prolong your involvement in an organization doesn’t change the fact that it would be a mistake to continuing networking there now.

So how about you?  Of the organizations to which you belong, which one or two are most worthy of your continued involvement? 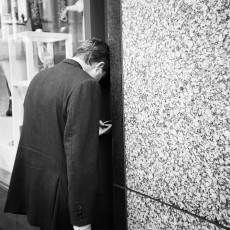 Image courtesy of Doctor Popular under this license.