You are here: Home // Blog // How to Disclose the Existence of a Malpractice Law Suit to A Potential Lateral Partner

With the rapid increase in the number of law firms that are considering adding lateral partners, many aspects of the negotiating process between firms and laterals have become routine.  Most notably, almost every large firm sends out a Lateral Partner Questionnaire or LPQ.  The LPQ helps firms assess how attractive a potential lateral partner might be by collecting two or three years of information about the lateral’s portable book of business and hourly rates.  If the firm is sufficiently interested in the partner and partner’s feelings of mutual, the lateral partner will be asked to disclose information about potential client conflicts.  The exact timing of the disclosures regarding conflicts vary, but they are routinely made before a partnership decision is finalized.

In my experience as a consultant to lawyers and law firms, many lateral partners don’t ask about the existence of malpractice actions facing the firm, and many firms don’t have an established procedure for making disclosures about malpractice actions.  All lateral partner candidates should find out if the firm is facing malpractice claims and what their exposure might be should they join the firm.  This is particularly important to laterals who are seeking to join a firm as an equity partner.

The above scenario presupposed that the lateral partner asks the firm about the existence of malpractice actions as part of the partner’s due diligence process.  If the partner doesn’t raise the issue, the firm should make appropriate disclosures that are increasingly detailed.

The firm’s disclosures should generally mirror the details provided by the lateral partner.  Thus, for example, if the firm concludes after reviewing the LPQ that this candidate isn’t worth pursuing, the firm need not make any disclosures regarding actual or threatened malpractice actions.  When the firm concludes that there is a good probability that they will make an offer, they can disclose the existence of the malpractice action(s) in general terms.  This initial disclosure might not include the names of the parties to the malpractice actions or details about the underlying allegations.  If it appears that partner is seriously considering agreeing to terms, the firm should offer to disclose more detailed information about the underlying malpractice claims and their merits.

If discussing the scope of indemnification causes sounds like it could be stressful and tedious, it can be.  But if the firm and lateral partner aren’t willing to discuss malpractice actions openly, this may be a sign that they aren’t destined to be successful business partners. 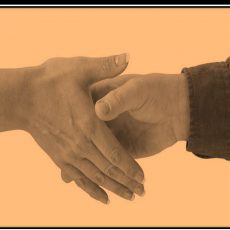 Image provided by Bman2011 under this license.