You are here: Home // Blog // Is This the Time to Pursue Antitrust Litigation?

Is This the Time to Pursue Antitrust Litigation?

Even the biggest law geeks tend to have a MEGO (my eyes glaze over) moment when they hear about antitrust law. To be sure, antitrust law can be daunting. It has its own jargon, and litigating an antitrust case is at the intersection of complicated law and sometimes even more technical economic analysis. As a former antitrust lawyer who focused on securing governmental approval for large-scale mergers, it’s never been a mystery to me why more lawyers are interested in class action lawsuits than are looking to pursue antitrust cases.

This is the time to reconsider that position. The primary reason is that antitrust law is becoming an increasingly potent way to address one of the biggest trends in the U.S. economy: the growing consolidation of service providers in many sectors. How many cable companies serve your area? How many choices did you have in selecting a health insurance provider? The answer to either of these questions for most Americans is one or two. And, of course, tech giants like Google and Apple dominate their respective markets.

Increasing consolidation is not entirely accidental. One factor causing it has been the growing influence of the financial sector. Private equity companies and venture capitalists look to form monopolies or, at the very least, oligopolies (when a small number of service providers dominate a market). And the rise of technological platforms has caused industries that once had large numbers of competitors to become more concentrated (think Airbnb, Lyft, and Uber).

As discussed by Matt Stoller in this post from the BIG newsletter, the same thing is happening to one of the most competitive industries around: restaurants. Specifically, food delivery apps are forming connections directly with consumers and, in some cases, squeezing out the restaurants or placing a lot of pressure on those restaurants to join the apps in order to remain viable. In most cities, one or two food delivery apps control a lion’s share of the market. In New York City, for example, Grubhub makes up 4.5 times the share of the market represented by its closest competitor, 67% with Postmates on the bottom rung at only 4%.

Not surprisingly, large sources of capital are often subsidizing these apps, sometimes for many years before they show profits. Even before Covid-19, Airbnb, Lyft, and Uber struggled to make profits. And the pattern of subsidization continued, as detailed in Stoller’s post, when one of Uber’s former CEOs got tons of Saudi money to support his new venture in the food app business.

Historically, the federal government, in the form of the Federal Trade Commission (FTC) and the Antitrust Division of the Department of Justice, has played an important role in regulating mergers. The federal government still has the capacity to file antitrust lawsuits, but over the past few decades (under both Democratic and Republican administrations), such suits are less common. Antitrust policy hasn’t received a ton of publicity on the campaign trail, but, as mentioned in this blog post from Patterson Belknap, candidates are addressing their policies on antitrust law at least to some degree.

Joe Biden, for example, includes a statement on his campaign website which notes antitrust measures as a strategy to “protect small and medium-sized farmers and producers” in rural America, promising to strengthen enforcement of the “Sherman and Clayton Antitrust Acts and the Packers and Stockyards Act.” He broadly supports using antitrust to conduct investigations but has shied away from calls to break up huge tech companies like Google. So, we shouldn’t necessarily expect a significant change in federal enforcement actions to accompany a change in administration.

Some aspects of competition policy are therefore moving to the state level. And that makes a private antitrust lawsuit filed in federal court a more important tool.

It can seem daunting, and lawyers who step into this space will be suing companies often represented by Am Law 200 firms (the legal services industry itself has seen a lot of consolidation). But antitrust work can also present good opportunities for smaller firms to pool resources and spread the risk that would come with taking on cases individually. Given the financial potential that antitrust litigation presents, more mid-sized firms should consider getting into the action. 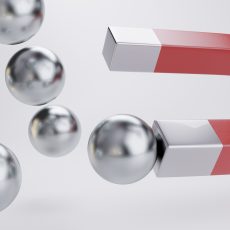