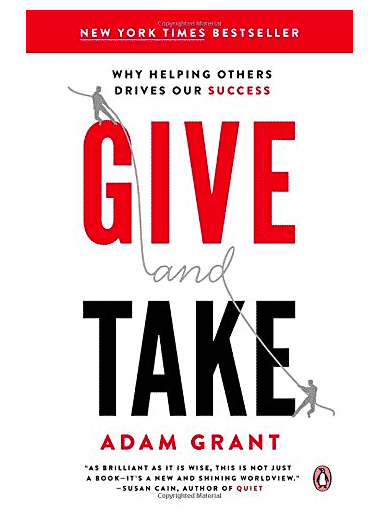 Ten years or so ago I attended my first sales training class. The speaker emphasized that it was critical to recognize that all sales prospects listen to the same radio station. Its call letters are WIIFM: What’s In It For Me? Since then dozens of speakers and articles have repeated either this exact example or the notion that underlies it. Specifically, people are essentially self-interested and if you want to do business with them you need to tap into this aspect of human behavior. Much of economic theory is predicated on this view of humans as selfish, economically-driven creatures.

There is, however, a major flaw in thinking that everyone is always tuned into WIIFM. It isn’t true.

A growing body of research from a variety of disciplines including psychology and behavioral economics shows that altruism plays a much larger role in human decision making than the classical view ever recognized. To cite just one example, humans as well as some other animals have a sense of group fairness. We tend to shun or isolate members who are perceived to have treated others unfairly.

Professor Adam Grant of the Wharton Business School has written an outstanding book about how people who are altruistic can and often do succeed in business.  It’s entitled, Give and Take: Why Helping Others Drives Our Success. It paints a complicated and nuanced view of the role that altruism plays in successful networking. There is a risk of being too much of a giver. That can lead to being taken advantage of, and to spending so much time helping others that you don’t devote enough time to one’s own responsibilities. But as a general matter, givers get ahead in the business world and organizations with cultures that recognize and reward giving behaviors perform well economically.

This is especially important for law firms to recognize. Law is a service-oriented profession and an increasing percent of work requires teams of people to work together to serve clients. In this environment, it can be easy to overlook the contributions of those people who help their colleagues or who otherwise display giving behaviors.

So the next time a law firm leader or partner suggests that increasing pay or otherwise rewarding individual performance will incentivize lawyers and staff members to act in a certain way or reach a certain goal, you should explore the possibility that the firm would be more likely to succeed if it enacted business-development strategies that rewarded giving behaviors and recognized that people are not always listening to WIIFM. In fact, the success of the firm may depend on the extent to which the people at the firm are genuinely acting in a way that shows that they care about What’s In It For Us.