You are here: Home // Blog // The Benefits of Marketing to Middle-Market Companies

The Benefits of Marketing to Middle-Market Companies

Business lawyers, by contrast, rarely define their target audience as clearly as bankers do.  Too often transactional lawyers and business litigators define their target audience solely in terms of their ability to pay the lawyers’ fees and their need for the specific problem the lawyer knows how to solve.  For example, management-side employment lawyers will say that they defend wage and hour cases but won’t explicitly say that their best clients have revenues in excess of a certain amount or more than a set number of employees.  That is inexplicable given that many important employment laws only apply to employers with 50 or more employees.  In my experience as a consultant to lawyers and law firms, M&A lawyers and other transactional attorneys are more likely to use specific metrics when describing their best potential clients.  But even sophisticated deal lawyers often fail to recognize the benefits of using the middle market or a comparable metric to describe their target market.

So what’s the big deal about middle market companies as potential clients for business law firms?

For starters, companies with revenues in excess of $50 million can almost always afford to pay their legal fees.  Moreover, whether it’s a breach of contract for a business litigator or a transaction, the bigger the amount in controversy or at issue, the more sensible it is for the client to invest in quality legal services.  Moreover, it doesn’t take ten times as much effort to bring in a $5 million breach of contract case as it does one where the amount in controversy is $500k.  But the larger matter is often more lucrative for the law firm.  That is one reason why middle market companies are generally better target clients than smaller companies.

Middle market companies are also more approachable than the biggest of the big companies.  The competition for Fortune 500 companies is fierce, and the barriers to entry for landing a $10 billion company are severe.  While general counsel of the biggest companies are less tied to AmLaw 200 firms than they used to be, with relatively few exceptions their best work goes to law firms and lawyers that have large law firm experience and in many cases attended a small number of law schools.  By contrast, there are many more middle-market companies and educational pedigree is likely to be an issue to be retained.

Finally, when business lawyers describe their target as belonging to the middle market, they are more likely to define that market in terms that are understandable to their best referral sources.  And when business lawyers of all stripes define their intended market in terms of annual revenues, employees or other concrete metrics, it makes it easier for commercial bankers, accountants, and other financial professionals to picture who might be a good referral for the attorney or law firm. 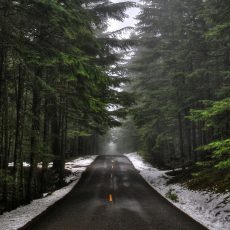 Image courtesy of Andrew E. Larsen under this license

One thought on “The Benefits of Marketing to Middle-Market Companies”