You are here: Home // Blog // The Biggest Change to the Legal Profession Lawyers Might Be Missing

The makeup of a task force assembled last year by the State Bar of California is a cause for concern for many of the bar’s members. Created to address potential regulatory changes that could improve the accessibility of legal services, the group includes a number of tech industry insiders who stand to benefit financially from the proposed shifts.

Six of the committee’s twenty-two members are current or former executives for legal technology companies – see details below.

While some attorneys argue this is not substantially different from lawyers overseeing their own regulatory body, others worry the guidance offered by the task force is biased by conflicts of interest and not purely presented in service of its stated mission.

The sixteen recommendations issued by the committee this past summer included “allowing non-attorneys to own or have financial interests in legal entities,” as explained by ABA Journal. In response, attorney Carolin Shining of Culver City asked the panel on October 7th for “a pledge… to not profit, take salaries or any kind of benefit from entities that arise from the result of [its] work.”

The State Bar maintains that the task force is not subject to conflict-of-interest provisions because it is only providing advice. The diversity of backgrounds represented in the group, according to a statement from the organization, will result in recommendations that are better-informed and broader in perspective.

Regardless of whether or not members of the bar approve of the direction, this move toward involving non-lawyers in the industry could signify the beginnings of an enormous shift in the power structure of the legal profession. Changing the financial incentives of those who provide legal services has the potential, in the case of non-lawyer ownership, to result in the status and compensation of lawyers declining dramatically as client relationships transfer from attorneys to corporations and these companies seek to eliminate costs.

It appears that the committee’s recommendations are based on the assumption that for-profit tech companies can help increase access to justice by reducing costs associated with running a law firm.  But pursuing justice is at best an imperfect market good or service.  It is, therefore, far from clear that allowing non-lawyers to own and invest in law firms and the resulting reduction in lawyer power and economic clout will actually increase access to justice.  By contrast, it’s easier to trace how the regulatory changes being considered by the task force will economically benefit legal tech companies. Lawyers who ignore the work of the task force do so at their own peril. 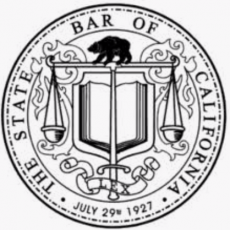