You are here: Home // Blog // The Role of Business Valuation in Law Firm Succession Planning

The Role of Business Valuation in Law Firm Succession Planning

When owners look to pass their business into new hands, potential buyers focus on identifying future revenues, and the role of the existing firm in transitioning clients plays a major role in determining the firm’s valuation. This is one reason why small and mid-sized law firms often don’t retain the services of a business valuation company to obtain a formal written valuation. This is in marked contrast to how comparably sized manufacturing companies often change hands. There, a formal valuation is likely to play a bigger role.

Here is an instructive example: a seven-attorney estate planning firm that generates two or three million dollars in annual revenues. The lion’s share of the revenues is generated by drafting wills, trusts, and associated documents. From the point of view of a potential partner or acquirer, these historical results won’t translate into much revenue in the near term, especially if most of the clients are middle aged. If, however, the client base is much older and the firm has the potential to generate fees from current or future trust administration work, its valuation will likely increase. And ongoing litigation being billed by the hour has the greatest potential impact on revenues in the near term.

With all of these factors, the value of the business doesn’t depend on the “comparable” estate planning firms that a business valuation firm might identify. The extent to which the firm is willing and able to transition existing client and referral relationships is more important. Likewise, as we discussed in this earlier post about an ethics opinion published by the American Bar Association last year, it’s always up to the client to determine who will represent them. Unlike the new owner of a manufacturing company who can step into the shoes of an existing contract to deliver goods, a new lawyer or law firm is less able to predict what percentage of revenues from existing clients will transition to the new firm.

For this reason, valuations of law firms (and other professional services firms) tend to be lower than those of manufacturing corporations with the same revenues. Typically, the arrangement between a firm and its departing lawyers is based on a multiple of revenues. And because the parties to a succession planning transaction have often known each other for a long time, it is not uncommon for the deal to include a compensation term based on the portion of the revenues that is actually transitioned to the new lawyer or firm.

The lesson here for those starting to think about succession planning is that valuation doesn’t drive this process the way one might expect. A better first step would be to consider who of the people you know would be capable of and interested in serving your current clients. 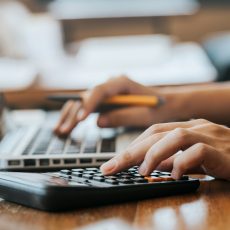