The State Bar of California is currently considering recommendations issued last summer by its Task Force on Access Through Innovation of Legal Services (ATILS) that relate to non-lawyers having ownership in law firms and even delivering legal services and legal advice. The theory behind such moves is that the increase in supply will reduce costs in the marketplace and thus make legal services more accessible to those in the low-to-middle income brackets.

While the stated mission of the task force is to increase access to justice, such systemic changes would inevitably create a shift in how all consumers interact with the legal services market. If legal advice can be obtained from a tech platform for one-tenth of the average attorney’s hourly rate, many are likely to turn to these sites for contract creation, automated legal analysis, and the like.

The competition may drive many smaller firms and solo practitioners to the breaking point as they continue to face the same overhead costs. This subset generally works with the lower-income clientele being targeted by the task force’s proposals, so these firms are at the highest risk of folding due to such a major adjustment in the industry.

Bloomberg Law reported on the flood of negative comments that came in response to the announcement of the group’s recommendations. Following a bill from the state assembly banning the use of unlicensed immigration consultants known as “notarios,” many expressed concern that inviting non-lawyers to provide legal services would allow others to “take advantage of vulnerable populations” in the same way.

As a number of states address similar options, rules of professional conduct will need to be expanded to hold accountable all those practicing in this market. In its call for public comment, ATILS recognized this necessity, including in its recommendations “the establishment of ethical standards comparable to those imposed on lawyers and law firms” and, in regard to fee-sharing, “a provision prohibiting interference with a lawyer’s independent professional judgment.” It remains to be seen whether it’s actually possible for a lawyer to retain their professional independence if they are financially controlled by non-lawyers.

At the national level, the American Bar Association is discussing a resolution asking state regulatory bodies to consider the same category of innovations toward improving the “accessibility, affordability, and quality” of legal services. Past and present leadership from the New York State Bar has been vocal in opposing the proposed move, issuing a letter that describes these changes as a threat to the core values of the profession.

Every member of the legal community should be following these updates as bar associations and state regulators are considering the most sweeping regulatory changes to the legal profession in a generation.

Something else to think about.

These recommendations don’t come from neutral third parties. For a glimpse into the makeup of the task force, check out this post from our archives. 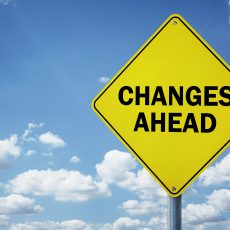