Forming a law firm partnership is the business equivalent of getting married.  And with any partnership, it’s critical to choose the right partner.  In a law firm, there is a risk that the person who has the title of partner or shareholder doesn’t possess the skills or temperament to be a good business owner.  My experience consulting with law firms suggests that the risk of dysfunctional partner behavior may be highest with a two-person partnership.

Some of the risk associated with two decision makers is purely mathematical.  Two people are more likely to split evenly, even if one of the partners takes a position with little or no merit.  There’s a reason why appellate courts have odd numbers of members–to avoid ties and reach decisions.

Two-person partnerships are also likely to be more dysfunctional than law firm partnerships with a larger, even number of partners.  Any even-numbered partnership risks having tie votes, but even a four-person partnership creates a chance for extreme or misguided position of one partner to be outvoted by the three remaining partners.  But with two partners you run a real risk of reaching an impasse or being forced to deal with one partner’s idiosyncratic decisions and needs.

Here are a few examples that I’ve become aware of in the last few years:

Examples of partners acting badly can arise in any firms of any size.  And I would prefer a firm with two well-functioning partners over a firm with three or more partners who have a dysfunctional element.  The partners’ business and legal abilities, including their ability to communicate, manage, lead, sell, and act as a cohesive team is more important to the firm’s financial future than the sheer number of partners.

But when one partner in a two-person partnership abdicates their responsibilities or demonstrates that they lack the ability to be a solid business partner, the very existence of the firm can be compromised.  One of the most common ways in which this happens is when one partner’s personal financial needs or personal problems requires the firm to distribute money that is not in the best interests of the firm.
A two-person partnership can of course succeed and there are many examples of this.
Nonetheless, two person partnerships create structural risks that too many law firms ignore at their own peril. 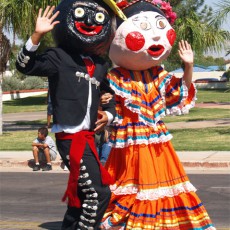 Image courtesy of Ms. Phoenix under this license.