You are here: Home // Blog // Utah and Arizona Moving Forward With Nonlawyer Ownership of Law Firms

As California considers major regulatory changes that would allow non-lawyers to own stakes in law firms, we are closely following updates in Utah, where similar shifts are a step ahead.

Citing “crisis levels” of demand for affordable legal services stemming from the effects of COVID-19, the Utah Supreme Court on August 14 announced its decision to permit nonlawyer ownership and investment in law firms as a move toward greater access to justice. Accompanied by changes to the Rules of Professional Conduct, the regulatory sandbox created a two-year trial period, at the end of which the Utah Supreme Court can make these changes more permanent.

With the exception of one solo practitioner offering a 10% stake to his paralegal, the initial batch of organizations allowed into Utah’s pilot project is largely comprised of legal technology firms.

LawHQ is sharing revenues with software developers in relation to an application which would allow users to report spam communications and join lawsuits against those behind the messages or calls. 1Law is offering legal advice via chatbots, and LawPal would automatically generate legal documents for matters of divorce, custody, eviction, and property-seizure. The last of those announced so far is Rocket Lawyer, which the ABA Journal emphasized in its coverage earlier this month. The platform, which has already been serving as a middleman between consumers and attorneys, along with assisting in the creation of legal documents, is taking this opportunity to hire lawyers directly.

Arizona followed Utah just weeks later, eliminating rules that previously blocked nonlawyers from having financial stakes in firms, and the state went a bit further. The Arizona Supreme Court at the same time created a category of nonlawyer licensees permitted to represent clients in court. These “legal paraprofessionals” are expected to adhere to the same ethical requirements applicable to lawyers, and one must “meet education and experience requirements, pass a professional abilities examination, and pass a character and fitness process” to qualify.

The changes in Arizona have gone into effect without a temporary trial period, but alternative business structures will have to go through a “rigorous application process.” Arizona’s Task Force on the Delivery of Legal Services cited technology and free market competition as benefits of this change that could lead to greater access to justice. Rocket Lawyer is also expected to play a role in Arizona.

It remains unclear how nonlawyer ownership in law firms will evolve. For example, will the Utah Supreme Court or other proponents of this shift prevent venture capital and private equity firms from backing legal technology firms that are, in turn, permitted to own or invest in law firms? The answer to this question may have a huge impact on the financial fortunes and independence of lawyers, especially as California considers moving in the same direction as Utah and Arizona. 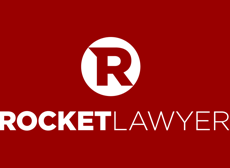