You are here: Home // Blog // What Managing Partners Should Learn From McDonald’s

What Managing Partners Should Learn From McDonald’s

Ray Kroc was the founder of McDonald’s Corporation.  He wasn’t, however, the originator of the system of making burgers quickly and uniformly.  That credit goes to the McDonald Brothers of San Bernardino, California, who launched their hamburger stand in 1940.

The brothers believed in operational systems.  They figured out how to make one hamburger to exacting specifications every 30 seconds.  But they failed when tried to franchise their store to other locations.  They concluded that quality control depended on their physical presence.  That is why they preferred having one successful stand to 50 mediocre ones.

Ray Kroc, by contrast, developed a system that enabled him to franchise thousands of stores, and the only way to do that is to create a process that involved training other people to replicate a system.  The McDonald’s Corporation’s franchise agreement and training programs were key elements in getting their franchisees to adhere to the corporation’s rules and to churn out hamburgers that looked and tasted the same.

McDonald’s has for many people become the symbol of what’s wrong with how we eat.  It’s become the rallying cry of what not to do nutritionally and environmentally.  And I’m sympathetic to those criticisms.  I haven’t eaten at a McDonald’s in years.

That being said, McDonald’s exemplifies what systems can do.  And too many law firm leaders overlook the power of systems.  Specifically, too many managing partners run a firm that requires their involvement in every detail of the firm rather than creating a firm that takes them out of its day-to-day operations.

If you want to scale up or take a vacation, you need to learn how to build a system that functions well even when you aren’t physically present.  The following thought experiment can be a good starting point:  Imagine that, beginning a month from now, you can only work five hours a day.  What would do between now and then to make sure that your firm continued to thrive?

And if you are tempted to say that it’s impossible to run a firm without you physically being there constantly, I suggest that you get to Netflix and watch the movie, the “Founder,” which tells the story of the rise of McDonald’s.  And if it makes you feel better, eat an organic kale salad while watching the movie. 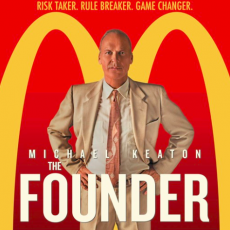 One thought on “What Managing Partners Should Learn From McDonald’s”