You are here: Home // Blog // Why Law Firms Can Afford to Hire More Than They Do

Why Law Firms Can Afford to Hire More Than They Do

Law firm leaders tend to assume that they can’t afford to hire a new lawyer or staff member. In my experience as a consultant to law firms, I’ve learned that you can’t take the phrase “can’t afford” literally. “Can’t afford’ doesn’t mean the same thing as “too expensive.”

Here are three recent examples that illustrate the variety of meaning behind the phrase “can’t afford”:

Sometimes “can’t afford” has to do with time more than it does with money. The first example above illustrates this point. The managing partner of the transactional practice was concerned that she didn’t have the bandwidth to train a new paralegal.

Sometimes “can’t afford” means that “I can’t afford to repeat the bad hire that I had a few years ago.” This is what the IP firm in the second example assumed. When discussing their current hiring needs, the firm’s brain trust had flashbacks of poor hiring experiences from the past. To be sure, bad hires are expensive, but that doesn’t mean that you should categorically dismiss considering a new hire on the assumption that they too will be a bad performer.

“Can’t afford” can also mean “can’t afford to hire on a full-time basis.” This statement does implicitly relate to cash flow, but it is based on a faulty assumption. This is not 1985, when lawyer hiring came essentially in one flavor. You can now select from contract lawyers, project based hires, and temp positions. You aren’t trapped into hiring someone full time or not at all.

On a related note, when managing partners have said that they can’t afford to hire a lawyer or paralegal, they often neglect to include the potential revenues that such hires can help generate. This came up in my discussions with the contingency firm in the third example above. It can be tricky to calculate the revenues associated with hiring a paralegal when that paralegal doesn’t directly bill for their time. But contingency firms don’t generate revenues without advancing certain cases to certain stages. Contingency cases don’t settle or reach trial without work being done to move the cases forward. Thus, there is implicit value and a range of associated revenues with having additional staff work on a contingency case. Consequently, when you assume that a new hire will generate no revenues, you tend to overstate the true costs of hiring. It is, of course, reckless to assume that every paralegal assigned to a contingency fee matter will be profitable, which is why the prudent approach is to hire additional staff for those cases where their efforts are most likely to help the firm generate increased revenues.

The above examples suggest that hiring decisions often create anxiety for law firms, and this is understandable. Payroll is almost every law firm’s single biggest expense, and it can be ruinous for a firm to spend too much on its people. But the expenses associated with hiring don’t justify taking a simplistic approach and assuming that a firm “can’t afford” to hire a new lawyer or paralegal. 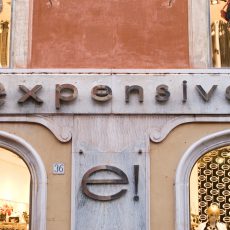 Image courtesy of Anssi Koskinen under this license.